A 61-year-old Caucasian male had previously been prescribed a scleral lens for his right eye due to repeat monocular perforating keratoplasty.  Both eyes initially underwent a penetrating keratoplasty (PK) due to keratoconus. The procedure was performed 32 years ago on the right eye and 29 years ago on the left. 2 years ago, the right eye underwent a repeat keratoplasty. The last remaining stitches had been removed 11 months previously, except for 4 which remained in the cornea. A repeat keratoplasty had been scheduled for 6-12 months later on the left eye. In consultation with the ophthalmologist, 8 months after the surgery and before removal of the stitches, a scleral lens was fitted for visual rehabilitation. A best-spectacle-corrected visual acuity of 0.5 was achieved. What appeared to be a perfused pterygium-like conjunctival tissue was located temporally on the right eye reaching all the way to the transplant interface. Neovascularisation was visible around the individual stitch locations and close to the edge of the keratoplasty.

The most recent ophthalmological examination had taken place 2 months ago with no findings. A routine contact lens appointment had taken place 3 weeks prior to this case at which the best-corrected visual acuity with the scleral lens (table 1) was 1.00 (or 6/6, 20/20). Minor changes had been planned for the annual lens replacement 3 months later, and the examination was concluded, recording known but unchanged findings.

Table 1: Specification of the scleral lens

The patient called around lunchtime and ordered a new scleral lens from customer services as his existing lens had broken at work and had a hole in it! The eye care practitioner immediately called the patient back to obtain a detailed case history. It transpired that while digging in a ditch with a pickaxe, he had hit a stone, and a stone chip had shot into his eye with noticeable force. The patient immediately felt the impact across the whole eye and recognised that something was wrong with his lens. He immediately removed the lens in one piece from the eye, however, it had a hole in it. The eye was reportedly slightly red with no other visible symptoms.

Fig. 1. A) Broken scleral lens viewed from the front surface showing missing fragment in the impact area B) Lens back surface highlighting inverted shards pointing towards the cornea

An emergency appointment was immediately arranged with the eye care practitioner, in order to rule out an eye injury, especially as the lens was perforated. The scleral lens was inspected during the unscheduled emergency examination 1.5 hours after the incident. A circular breakage was visible centrally with a small fragment missing (fig. 1). According to the patient, after struggling to successfully remove the lens without a lens remover, there was some initial foreign object sensation, but there was now no pain and the eye felt normal.

Fig. 2. Visible circular redness of the eye 1.5 hrs after the incident

Slit lamp examination with diffused lighting showed circular redness in the limbal region (fig. 2). During detailed examination of the eye, the missing sharp fragment was located in the inferior conjunctival sac and removed with a new and disinfected contact lens remover (fig. 3).

Under white light, a 1 mm superficial lesion was visible in the centre of the cornea in the graft area (fig. 4). The addition of fluorescein with preservative-free single-dose NaCl revealed roughly 1 mm staining of the central epithelium and anterior stroma. It was estimated that the staining in the stroma was approximately 70μm deep. No further fragments could be found in the lesion area of the cornea even under 40x magnification.

Fig. 4. Small lesion in the centre of the cornea

Across the whole of the cornea, particularly inferiorly, sporadic fine scratches could be observed which were of a superficial nature. Presumably, these were the result of the incorrect removal of the lens without a remover (fig. 5). Otherwise, the cornea was clear and the anterior chamber was free of cells. Upon examination of the posterior pole with a 90D lens, no tears, detachments or abnormal floaters were found. The best-corrected spectacle visual acuity was 0.5p and therefore not affected.

Fig. 5. The addition of fluorescein clearly highlights the lesion in the centre along with superficial scratches caused by lens removal and possibly the remaining lens fragment inferiorly

This was a lucky escape for the patient! Thanks to his scleral lens, there was no perforating corneal injury. Not least because the stone chip entered the eye protected by the scleral lens and not the “unprotected” eye. 48 hours without contact lenses was prescribed to ensure the erosion was able to heal fully. The patient was instructed to urgently consult an ophthalmologist for an emergency appointment in the case of acute pain, increased redness of the eye, high photosensitivity, flashes or floaters.

The following day, 20 hours after the incident, the conjunctival redness had subsided and the epithelium healed with no further indication of an erosion when using fluorescein. His spare lens was briefly placed on his eye to check his visual acuity which was 1.00. The patient was instructed not to wear a lens for a further day.

The patient realised that the stone chip could have gone deeper into his eye, and he was lucky to have been wearing a scleral lens. His lucky escape taught him a lesson, and he is now wearing appropriate safety spectacles at work.

Scleral lenses can be used in various therapeutic applications when the corneal surface needs to be protected. They are frequently prescribed to shield the ocular surface in cases of exposure keratitis as a result of nerve palsy or Graves disease1–5. The post lens tear film ensures that the cornea and some of the conjunctiva remain hydrated particularly in cases of incomplete lid closure. Scleral lenses provide a smooth and transparent corneal surface, which optimises the visual performance and contrast sensitivity, and reduces glare, light scatter and photophobia. Scleral lenses are used in cases of moderate to advanced keratoconjunctivitis sicca with dry eye, chronic graft versus host disease, Stevens-Johnson Syndrome and Sjögren’s Syndrome to improve associated ocular symptoms and enhance quality of life for patients5–8, reducing the need to apply wetting drops and improving best-corrected visual acuity5,6,8.

Scleral lenses can support the re-epithelialisation process after injuries have caused corneal erosions by preventing the disruption of the new and weakly adhering epithelium due to lid shear force8–11. Scleral lenses are only partially suitable for purely mechanical protection as they only protect a part of the anterior segment. To date, there are no cases documented which indicate a negative impact of scleral lenses in the case of sport or everyday life injuries.

Even for initially apparently simple lens re-orders, it is vitally important to obtain a full case history if a lens is reported as broken, in order not to miss any trauma caused by the lens or remaining fragments of the broken lens. As well as sharp, penetrating injuries, blunt trauma incidents must also be followed up properly. Scleral lenses can be used to protect the ocular surface in a variety of ocular surface conditions, but they cannot replace safety glasses in the work (or home) environment. In rare circumstances, they can protect the eye from blunt traumas, as this case shows. The mechanical properties of scleral lenses, including the thicker lens material compared to corneal rigid gas permeable lenses, the cushioning function of the post lens tear film and the complete coverage of the cornea and parts of the sclera mean that they can absorb shocks and foreign objects better, and severe traumas can be averted. It is important that scleral lenses should never be promoted as safety protection however – in all cases, the patient should be instructed to wear safety glasses where required.

Thank you to Markus Ritzmann for contributing to Global Insight. 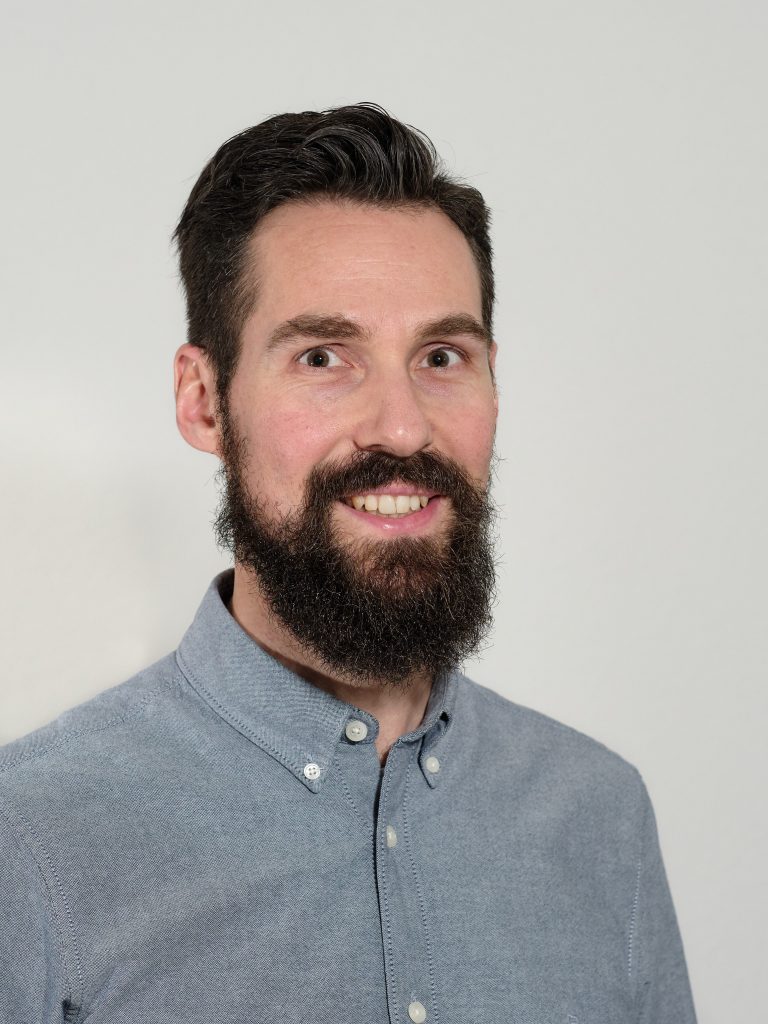 Markus Ritzmann, M.Sc. Vision Science and Business, FAAO, FSLS, SBAO, is head of the specialty lens clinic Linsencentrum GmbH, Switzerland. He is a consultant to Falco Linsen AG Switzerland and does regular workshops and talks in specialty lens fitting. He is also a Fellow of the American Academy of Optometry, Scleral Lens Education Society and Swiss Society of Opticians and Optometrists.

Previous Post
Contacts with Conway
Next Post
Reflecting on Michele Cornely’s Years at Contamac
Menu
This website uses cookies to improve your experience. If you continue to use this site, you agree with it.
Ok