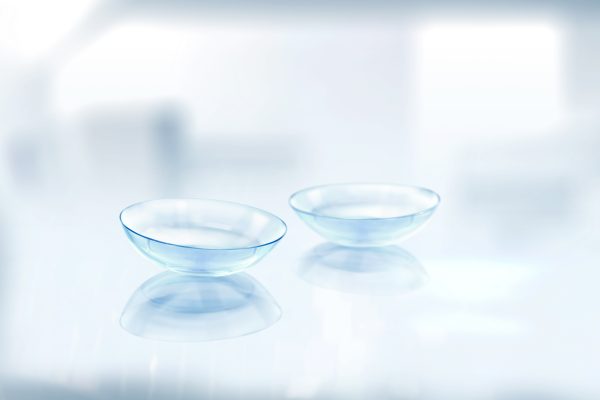 The availability of low cost, high quality contact lenses has changed the face of the contact lens industry over the past few decades.

Practitioners initially embraced the new technologies that allowed them to supply at first monthly, then two weekly, and eventually daily replacement lenses to patients. This helped avoid the problems associated with the wearing of lenses that were previously so expensive to replace that patients would wear them until they had a problem.

I was in practice at the time when these lenses first arrived on the scene, and they changed the business model under which we operated. Even though we did not use the term “business model” in those days, we recognised the opportunity that existed to provide a planned replacement programme and tie the patient to the practice with regular payments through standing orders from their bank. These low cost, thin lenses were more easily fitted and so required less chair time than conventional soft lenses and the uptake of soft lenses grew exponentially as a result. In order to remove barriers to patient’s trying lenses, initial trials could be offered at no charge, with the practice safe in the knowledge that any time spent with the potential wearer would be compensated for later in ongoing fees. The multiples soon became aware of the potential and joined the fray.

Lenses at the time were only supplied through registered practitioners, and the regular monthly income generated became an integral part of the practice budget. So much, in fact, that it had a definite impact on the practice’s value when it came to selling.

Then along came another technological breakthrough which changed business models completely, not just for the contact lens industry, but for all businesses across the globe. The World Wide Web.

The internet has impacted the optical sector along with all other retail businesses. The availability of lenses online has effectively destroyed the business model described above for most independent practitioners. They can no longer afford to offer “Free Trials” of soft contact lenses and be assured that the chair time involved will be compensated later in ongoing supplies of product. The multiples, however, can command huge discounts from the major manufacturers and can still offer the “Free Trial” enticement to new wearers.

For patients, it means that the bond of loyalty which used to exist between themselves and their practitioner no longer exists. They can choose to embark on a trial of soft lenses whilst out shopping at the mall, and then search online for the cheapest supplier when they get home. The lens has become a commodity, just like any other of the myriad products that are bought online every day. Even the companies that supply lenses online struggle to retain their customer’s loyalty. Typically the consumer has spent so long surfing different sites for their lenses before committing to a purchase that they cannot remember who they bought from in six months’ time when replenishments are due. The seller then has to invest time and effort to maintain contact with the purchaser, to build a relationship and encourage them to repurchase through them. The consumer gets a good deal – or so it would appear.

What appears to have been lost in the fog of discounts and deals is the value of qualified professional time in maintaining safe and effective contact lens wear.

In the practice where I work, we abandoned all attempts to compete with the multiples some time ago. We now offer a fee-based pricing structure where we have accurately costed the value of our chair time. We know exactly how much we need to charge for each visit in order to cover our overheads. We have reduced our mark up on boxed lenses to that of care products and, in doing so are not that much more expensive than the multiple and internet providers. Some patients we lose, and we accept that. Some prefer to buy online and we appreciate that also. We are not necessarily conveniently placed for them to drop by and pick up product, and so we supply a copy prescription for them to buy online.

We offer a care plan for patients to pay a monthly fee which includes all aftercare and regular examinations and give a discount on spectacle purchases. This is available to non-wearers as well. This regular income has replaced the original subscription model described earlier and has an additional benefit in the UK of being exempt from value-added tax, which is currently 20%. This model is working well and although it was designed predominantly around the contact lens side of the business, we now find that spectacle wearers outnumber the contact lens wearers on the care scheme sign-ups. This is mainly due to the fact that spectacle frames displayed in the practice show two prices. The regular price and the “Eyeplan” price. When patients enquire about the difference, it gives the staff member the opportunity to explain the benefits of the plan. Spectacle wearers on the scheme tend to buy extra pairs which, otherwise, they would not have.

What have we done to replace the lost disposable lens business? Over the past several years we have embarked upon a programme of fitting lens types that require more professional skill such as orthokeratology and scleral lenses. We actively reach out to dry eye sufferers, previous contact lens wearers who have dropped out of lens wear and have, more recently, started fitting large diameter gas permeable lenses to medium to high astigmats in place of toric soft lenses. The move to more speciality type contact lenses has also raised our profile in the community and served to differentiate us from other practices and from multiples in particular. The local hospital has also recognised our expertise in this area and we have seen an influx of referrals, initially for irregular cornea patients and more recently for dry eye treatment with sclerals.

Although the sale of contact lenses through the internet has forced us to radically rethink our business model, in many ways it has served to reinforce our professionalism. By concentrating upon our skills and charging accordingly, we have managed to find a model which works in the changed environment in which we find ourselves.

Let’s Raise A Glass To The Humble Goblet Cell!

An Update on Scleral Lenses

Previous Post
Fitting Ortho-K for a Patient with High Myopia
Next Post
Digital Marketing for Eye Care Practitioners
Menu
This website uses cookies to improve your experience. If you continue to use this site, you agree with it.
Ok