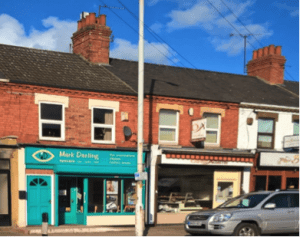 Mark Darling first acquired his practice in 1994. The business had been in existence since 1978, but had been run down by the previous owner. Following a major flood in the area in 1998, the practice was extensively refurbished and in 2013 it was extended to the rear to improve access to elderly and infirm patients.

After attending an Educational Event at Contamac some two years ago, Mark returned to his practice determined to develop the speciality lens side of his practice.

The first step was to acquire a topographer and fit a couple of Ortho-k patients whom he knew well. With help from his lab, he followed these for a while until he realised how straightforward Ortho K can be with the correct support, and how pleased patients are with the result. He also realised how impressed patients were with the new technology of modern equipment, and how this could enhance his professionalism.

For some time he had considered investing in an OCT. Encouraged by the reaction of his contact lens patients to the topographer, he acquired the instrument, and immediately noticed the benefit. Most patients were happy to pay the additional fee to include the OCT in their examination. Local doctors were impressed with the inclusion of scans in with their normal referral notes and it was at this time that a local ophthalmologist referred a keratoconus patient to him.

Part of the educational event Mark had attended at Contamac was devoted to the fitting of sclerallenses, so he contacted us here at Contamac, and we arranged for a set of scleral lenses to be supplied to the practice. The patient was delighted with the results and, in turn, so was the ophthalmologist. There followed a slowly increasing number of referrals from the ophthalmologist. Mark became ever more confident in his ability to fit ortho-k and sclerals, and has also included hybrid lenses in his repertoire.

In the face of increasing competition from the Internet, and aggressive pricing from high street multiples, Mark realised that speciality lenses were not only more rewarding professionally, but made good business sense too. These patients were loyal, referred friends and family, and were not as price-sensitive as patients shopping around for the cheapest deal in town! 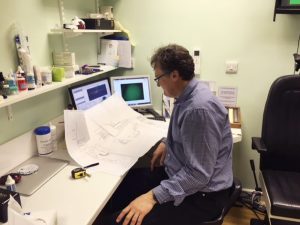 The practice is now growing dramatically, having been in its current location for some time, the addition of a speciality contact lens service has brought another stream of patients into the business and the practice has gained another direction, with plans for shared-care in other areas of eye-care in place. Work will begin shortly to add another two rooms to what was previosly thought to be a mature business with little scope for growth!

If you know of a practice where speciality contact lenses have made a difference to the business, or if you are the owner of such a practice, and would like to profile it in our Newsletter, please contact us.

Previous Post
Use of Increased Centre Thickness SiHy Lens Design in Keratoconus
Next Post
Queen’s Award 2016
Menu
This website uses cookies to improve your experience. If you continue to use this site, you agree with it.
Ok